Witt Road, IN Jaffrey NH is one of my favorite spots for photography. It offers a westerly view of Mount Monadnock. Just the spot to catch a sunset.  I took this photo in late afternoon in February, 2013. A typical New England wintertime view.

Use of my Amazon.com link helps support this website. Thank you.

One of my Cape Cod rituals was an early morning trek to the beach to watch the sunrise over the Atlantic. In the evening I would complete the day by taking a short drive to watch the sun set over Cape Cod Bay. One of the many features of the outer cape.

At home in New Ipswich, I have not found a good vantage point for sunrises and sunsets, although at some point I need to check out Whittemore Hill  which may afford a view of Boston.

In my estimation a great sunrise and sunset will have some broken clouds which will be lit by the sun. The whole process is very dynamic with the light and colors changing rapidly. I usually try to take photos in HDR mode because of the great dynamic range of the light, something we can see but the camera sensor cannot.

On August 4th, we had some storm clouds. They broke in the late afternoon and I realized that the conditions were perfect for a sunset. One favorite view point for me is Witt Road in Jaffrey NH  which offers an unobstructed view of Mount Monadnock over Sawyer’s farm. I wasn’t alone in my quest, I saw two other folks with cameras. These photos were taken at the Golden Hour.

Tree at Sunset by John Poltrack on 500px

The Golden Hour by John Poltrack on 500px

I’m always on the lookout for a lone tree that I can photograph against the sky. When I do find one, I often return and take subsequent photos as the seasons change.  I especially like this tree which is located at Silver Ranch in Jaffrey, NH. Usually the pasture is full of horses. Tree by John Poltrack on 500px
Please support this site by shopping at Amazon.com

An exhibit of work from the New Ipswich Artist league is on display at the Jaffrey Civic Center. The display will run from May 29 through Saturday, June 27th 2015. I attended the opening reception on Friday.

Not all members were present at the opening.

The members are standing in front of paintings that they created based upon this photograph.

There were a number of different interpretations of the cloud photo.

It wouldn’t be an opening night without a selection of cheeses, wine and hors-d’oeuvres. Delicious.

Print of painted turtles by Matt Patterson. Matt is currently working on a book of reptiles and amphibians.

Money doesn’t grow on trees… or does it?  Mixed media by Mickey Katz (titled Money Tree).

When I saw the cloud photo, I realized that I had taken a similar shot in August of 2008 in Falmouth, MA. 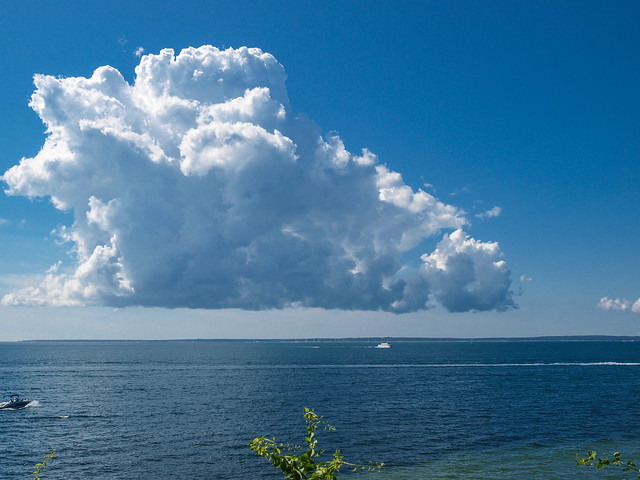 I’ve only included a few photos of the all the works on exhibit. Stop in and see it before June 27th.

Artist from NH known here on WP as "NUTSFORTREASURE"

"Life stories with a bend"