The veil between worlds is thinnest around Halloween

Samhain marks the end of the harvest season and the beginning of the darker, colder half of the year. It is celebrated from sunset on Oct 31 to sunset on Nov 1, or approximately halfway between the autumnal equinox and the winter solstice. It is the time that we may get a glimpse of the other world. I wanted to experience that view.

This Halloween I decided to visit the Vale End Cemetery in Wilton, NH. I was looking for the grave of Mary Ritter, the famous “Blue Lady Ghost” of Vale End.

I had no idea where the grave was located and almost gave up when I noticed a man sitting in a parked car for quite  long time. We struck up a conversation and I discovered that he was an paranormal investigator. He showed me the grave and told me some very interesting stories about the the cemetery which is very active. He had a camera and told me that he had captured images of orbs of light. He showed me one image which was quite interesting. I was not as successful with my photos but plan to return again. 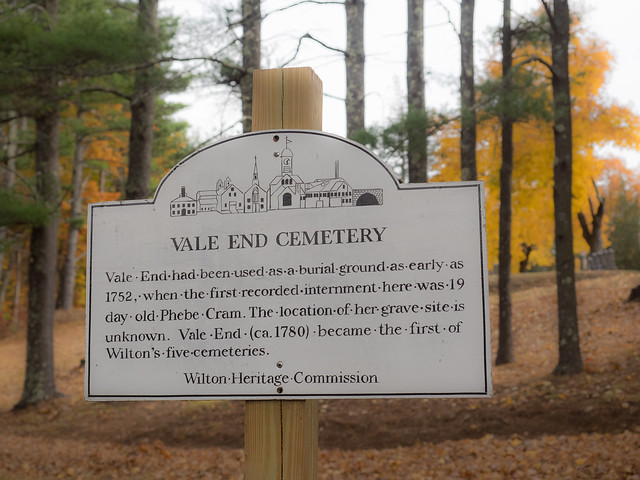 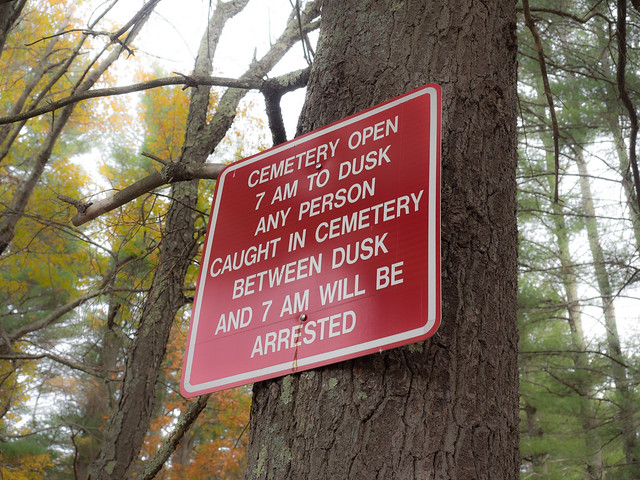 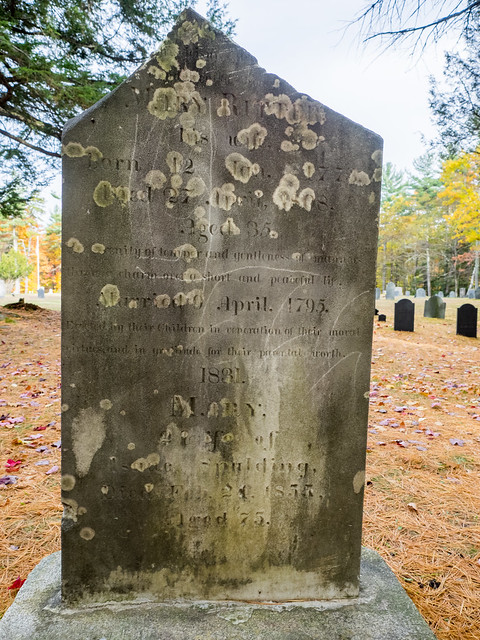 The stone has been vandalized and defaced. Shameful. I could only read portions of the epitaph.

For more information about The Blue Lady 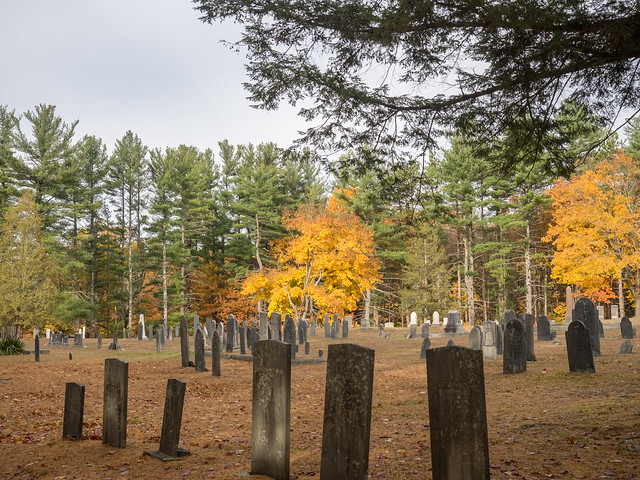 When I was there I was taken with how quiet it was. 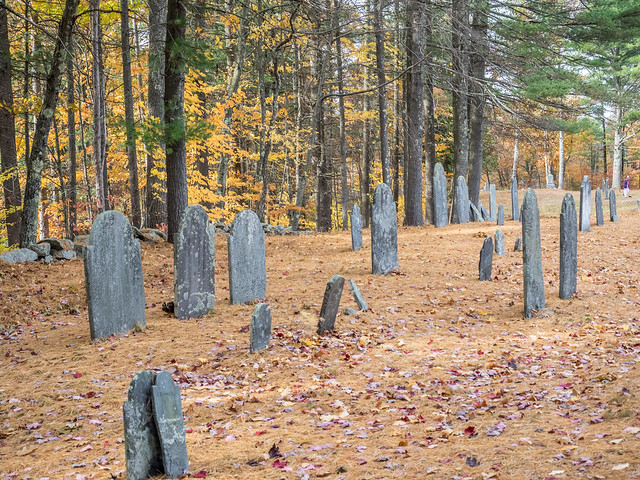 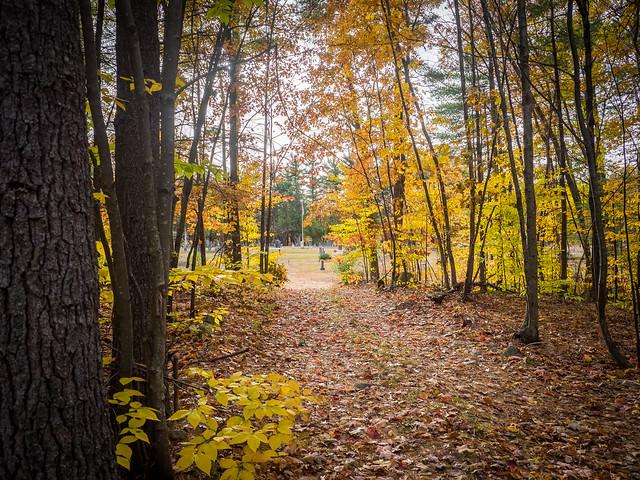 After a while I found myself completely alone in the graveyard. The investigator told me that there was a strong presence in the woods over a rock wall, a place where a number of Native Americans had been killed by British Soldiers. I couldn’t resist walking a bit into the woods.  It was very quiet but I sensed nothing. maybe next time…

This site uses Akismet to reduce spam. Learn how your comment data is processed.